I would cry foul but of course the owl is not a fowl. It is a raptor. And to the contrary, fowls are well represented in top tier sports teams: St. Louis Cardinals, Baltimore Orioles, Toronto Blue-jays, Baltimore Ravens, etc.

Here’s what sticks in my craw though. Why no owls?

The Cincinnati Barn Owls Would Have Been a Great Name 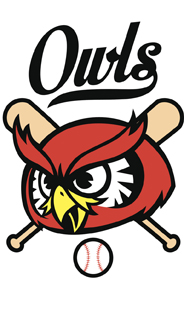 This would not be a problem today if the very first professional sports team in America had paid closer attention to how they got their start and chosen their name logically — as a wise old owl might suggest.

It’s been over 150 years since a gaggle of guys in Cincinnati called themselves “barn-stormers” and began selling tickets to spectators who wanted to see them play baseball. What name, I ask you, would have been more appropriate for barn-storming baseball players than the Barn Owls?

This lack of vision has persisted ever since. No top tier team has yet grasped the advantages of naming themselves after any of these elegant, perceptive, fiercely competitive birds.

Top Tier Sports Teams are For the Birds

It’s not like they’ve ducked the entire avian class either. Thirteen teams are named after a bird of some kind. You could even say professional sports teams are for the birds except when it comes to owls:

Yes, I know, there are also no Hummingbirds, Sparrows or Woodpeckers either. Not to mention no teams named for the blue footed booby, the great tit, the kaka or any of the dozens of other silly bird names. So what am I squawking about?

Well, for one thing, “owl” is not a silly name. When you consider a lot of the mascots that teams comes up, like the following, you could easily get the impression they think “silly” is a feature, not a defect:

The Hall of Lame Is Full of Mascots 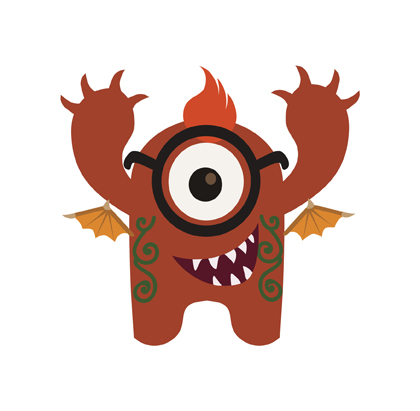 Boltman, Sir Saint, Gumbo the dog, Thunder. And I didn’t even get to the Tampa Bay Rays. What kind of animal is Raymond exactly? These are just a few of the silly team names that professional sports team geniuses have come up with. There are many more. (For more silly mascot names check out The Bleach Report’s Top 20 Worst Team Names.)

Given the lack of credible mascots getting hatched these days, why does the owl continue to be overlooked? We know that big professional teams are not adverse to bird mascots. So why do they chose birds that don’t stack up against the owl?

Okay, naming the Baltimore Orioles was inevitable. The bird was famous before the baseball team. Civic pride is important.

Not so much the Cardinals. Naming the baseball team had nothing to do with birds. Someone said the uniform was a “lovely shade of cardinal.”

The uniform color was also the inspiration for the now Arizona Cardinals. When the NFL team started out in Chicago in 1920, the owners bought secondhand uniforms from a local college team. They were actually maroon, but Cardinals seemed like a better name than the Maroons. I’d have to agree.

According to Wikipedia, the name of the Toronto Blue Jays was inspired by a preference for the color blue. Majority team owner Labatt Breweries wanted a tie-in with its feature beer Labatt Blue. Gee, if only they were found locally, the Toronto Blue-footed Boobies might have been an option.

To my mind, choosing a mascot for its color kind of blindsides you to more important qualities. If you’re going to pick a bird as your mascot, don’t pick it for its color. Pick your bird because it symbolizes the qualities you want your team to emulate, right?

On the aggressiveness scale, these birds don’t hunt. 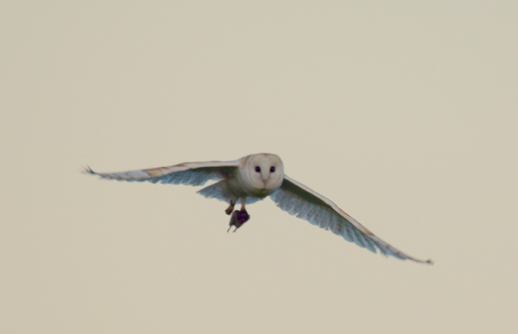 What are the predominant qualities many teams strive for in a team name? Toughness, boldness, courageousness, competitiveness — all attributes inherent in team names like Hawks, Falcons, Eagles, Ravens, and Seahawks. I’m not including the (Toronto) Raptors which are are dinosaurs, even though in the long run (400 million years later) they evolved into birds.

Are these not the attributes also found in owls? Toughness, boldness, courageousness, competitiveness — yes, check all the boxes. Sure they look cuddly enough, with their big eyes and almost human appearance. But owls are killers. They’re predator birds. Some of your larger owls will take on hawks and falcons. Owls swallow their victims whole or rip them into shreds before swallowing them, for heaven’s sake!

What I’m saying is if you want fans and opponents to know you’re a bird with swagger, be an owl — not a non-threatening species like a cardinal or an oriole. Certainly not a duck, though I am a big Oregon Ducks fan. Every animal is somewhere in the food chain but why chose a name that screams prey?

In a survey of the world’s ten most formidable birds of prey, six are eagles, two are vultures and — get this — two are owls: Blakiston’s Fish Owl and the Eurasian Eagle Owl.

College Teams Are Owl On Board 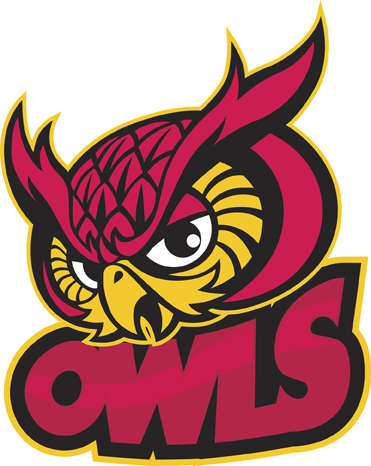 According to one survey, the owl is the 17th most popular college mascot name. (The most popular name for a college team is bulldog, which might be a bone for bulldog advocates to pick with major league sports.)

The first school in the country to adopt the owl as its mascot was Temple University in the 1880s. Since classes were first held at night, its students were referred to as “night owls.” Hooter is the costumed mascot’s name. But like many colleges with owl mascots, Temple also maintains a live owl. Currently, Temple’s live owl representative “Stella,” a Great Horned Owl, resides at Elmwood Park Zoo, near Philadelphia.

Florida Atlantic University’s costume mascot is Owlsey. Its Boca Raton campus is actually a Burrowing Owls habitat that was named an official owl sanctuary by the Audubon Society in 1971.

Other college teams with owl mascots include:

In addition, there are hundreds of high school, community college and semi pro teams with owl mascots.

Are Owls Pigeon-holed as Too Smart to Be Athletic? 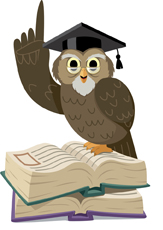 Why is the owl good enough for schools but not major sports teams? Maybe because most people think foremost of how smart owls are supposed to be, not their hunting prowess. To most people they’re more mathletes than athletes.

In Western culture, the owl’s association with Athena, goddess of wisdom, has always defined it as a symbol of learning and wisdom. Pictured wearing a cap and gown and perched on a stack of books, who wants that image for a major sports team? Teams mainly want brawn, not brains. They prefer players who kick ass, not go to the head of the class.

Of course owls possess the same aggressive characteristics as other raptors, as we’ve seen. Public perception is just not focused on these qualities. But why not? Major professional sports teams have to be both smart and aggressive, so why not adopt a mascot that also reflects those qualities?

It’s Never Too Late for Owls

Owl is not lost. There are plenty of opportunities to right this wrong. Teams get renamed all time. Right now several opportunities exist for a top tier professional sports teams to adopt an owl mascot. Here are a few suggestions:

DC Owls: The Redskins have a PR problem. Sure, a Washington Post poll conducted in 2016 found that 9 out of 10 Native Americans are not bothered by the name. But what about the 10% who are? That’s about one million people. As Dan Steinberg in the Washington Post says, “If you invite 10 friends to a dinner party and one leaves in tears, was the night a success?” There’s pros and cons, is all I’m saying. My main point is, this is a perfect opportunity to right two wrongs!

Owls figure prominently in Native American culture. The Cherokee who lived in western Virginia thought only the cougar and the owl were strong and brave enough to endure the upheaval of creation, which is why only they are endowed with the power to see at night. So how about the DC Owls? Barn Owls, Barred Owls and Great Horned Owls can be found in parts of DC. Plus the Thomas Jefferson High School teams in Alexandria already call themselves the DC Owls.

Golden State Owls: The Golden State Warriors are currently without a mascot after losing Thunder. So how about the Golden State Owls? Many kinds of owls can found in the Bay Area, including in Marin County the Northern Spotted Owl. But there is no Golden State Owl, you say. Well, tell Cal there are no Golden Bears either. Golden State Owls could also pay homage to one of the great bars of San Francisco,
The Owl Tree Bar, located at Post and Taylor for over 40 years. The legendary bartender Bobby Cook collected and displayed his vast collection of owls there until he died in 2006. But the legend endures as a sports bar now. Perfect.

Las Vegas Owls: Oakland Raiders fans feel the decision to move the team from Oakland to Las Vegas in 2020 or sooner was a slap in their face. So retiring the Raiders name would be a concession to them — and if another NFL team decides to relocate to Oakland the Raiders name could be revived. Sportswriter Des Bieler in the Washington Post has drolly suggested the new name should be the “Sinners,” since Las Vegas is “Sin City.” In that case, how about the “Sodom and Gomorrahs”? I don’t know. Talk about a slap in the face. Let’s give the people of Las Vegas a little more credit.

I would suggest taking a name change cue from a different slogan. “The city that never sleeps” is supposed to apply to New York but the city that never sleeps is really Las Vegas. Vegas casinos are the biggest circadian cycle disrupters in the world. There is no way to tell what time of day it is when you’re entombed in one. Nocturnal, diurnal or crepuscular. It’s all good. Just like owls. Several species of owls are found in the Las Vegas area: Barn Owls, Burrowing Owls, Flammulated Owls, Great Horned Owls, Long-eared Owls, Northern Saw-whet Owls, Short-eared Owls and Western Screech-Owls. 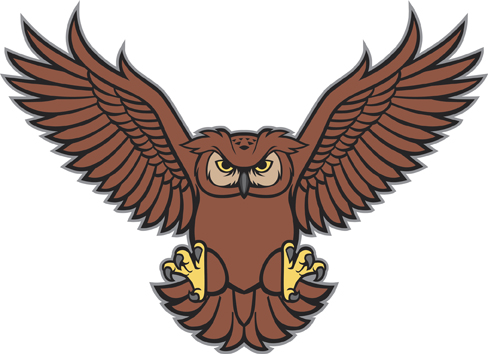 Is It Time For an Owl Movement?

Let’s get serious for a moment. Many people do not have a proper appreciation of owls. I don’t mean just because of the mistaken notion of owls as some kind of passive creatures who spend all their time cogitating. That’s superficial. The real significance of owls is the role they play in a balanced ecosystem. A national sports franchise could help build awareness of the profound importance of what that means. One of the primary benefits of sports teams to a community is how they inspire our youth. What if as a side benefit a sports team could also help educate youth — and adults— about owls and their importance to the environment? Smart, competitive, and concerned about the planet: What’s not to like about owls?

Besides wouldn’t it be a hoot for a professional sports team to have an owl mascot? Think of how much the fans could annoy their opponents during, say, basketball games by shrieking “hoot, hoot” all the time. Of course “hoot, hoot, hoot” for a three-pointer.